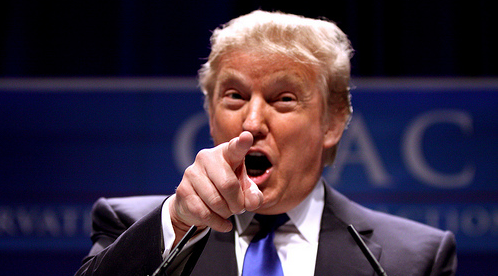 Donald Trump is a Twitter machine. During the recent democratic debate, he blew the other candidates out of the water gaining 60,000 new followers throughout the debate. One such Tweet really got the ball rolling that night.

Sorry, there is no STAR on the stage tonight!

But it was his more recent retweet that has many fuming, and others, well, applauding (par for the course in Trump Town). Donald Trump has apparently lost a little ground in Iowa to rival Ben Carson and decided to retweetaccount @mygreenhippo to get his message across. And that tweet turned out to be pretty great (well, if you despise Monsanto, that is).

#BenCarson is now leading in the #polls in #Iowa… Too much #Monsanto in the #corn creates issues in the brain? @realDonaldTrump #GOP — Nicolas R-V (@mygreenhippo) October 22, 2015

It goes without saying that there was some fallout. But that’s right up Trump’s alley, of course. And now he’s saying it was a young intern who made the Tweet. Maybe? Not sure. But he sure has people fired up. And I guess that gives us a great indication where he stands when it comes to Monsanto’s global seeding plans.