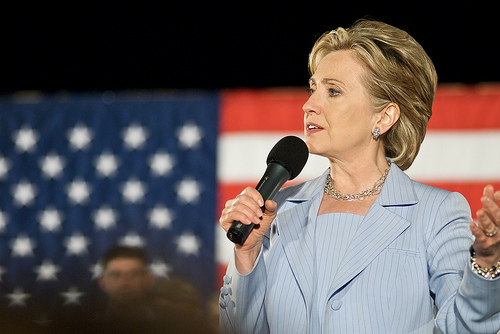 Hillary Clinton is a lying hypocrite. There, I said it, and I don’t take it back. After the Turing Pharmaceutical price hike scandal, Hillary Clinton went on and on about how we need to do something about Big Pharmaceutical companies. Well where has she been? The answer is simple: she’s been taking pharma’s money all the way down the campaign trail. She claims to be proud to have them as enemies, yet she’s raking it in from them to the tune of $164 thousand dollars. That doesn’t include the third quarter donations, either.

Her counterpart, Bernie Sanders, recently turned down a $2700 donation from Turing Pharmaceuticals CDO, Martin Shkreli. Shkreli recently raised a Cancer and AIDS drug to $750 a pop by purchasing an old patent. Clinton continues to talk big when it comes to how she intends to deal with Big Pharma, but it isn’t reflected in her campaign’s pocketbook.

According to the Boston Globe.

At the same time, she has accepted significant contributions from individual donors. She received contributions, for example, from two executives at Jazz Pharmaceuticals, which raised the price of a drug used to treat sleep disorders by more than 800 percent, from roughly $2 to $19 a pill.

Each of the executives, chief executive Bruce Cozadd and Robert McKague, a senior vice president, contributed the maximum individual amount, $2,700.

In fairness, this doesn’t mean she will try to skirt the line with Pharmaceutical companies to help bail them out, but it does imply a heavily conceivable possibility from a candidate not exactly known to be the most ethical. She’s a rather enterprising woman who I wouldn’t trust to not help those who help her. If she were taking a true hardline, she’d cease accepting any more donations from them. Where money is involved in politics, so is bribery and a complete breakdown in ethics and unbiased decision making.