To vaccinate or not to vaccinate, that is the question, and it seems that regardless of draconian legislation in the works and hostile proponents of vaccinations, many communities are choosing to avoid vaccines and they are thriving. At least, according to a new study led by Dr. Peter Hotez.

In the study, Hotez found that out of 18 states which allow for non-medical vaccines, 12 of them showed a spike in obtaining those “vaccine refusals.”

“What we are seeing is pockets of intense anti-vaccine activity,” said Hotez.

“A social movement of public health vaccine opposition has been growing in the United States in recent years; subsequently, measles outbreaks have also increased,” Hotez wrote in his study, alongside other researchers, in the Public Library of Science journal PLoS Medicine.

“Since 2009, the number of ‘philosophical-belief’ vaccine nonmedical exemptions has risen in 12 of the 18 states that currently allow this policy: Arkansas, Arizona, Idaho, Maine, Minnesota, North Dakota, Ohio, Oklahoma, Oregon, Pennsylvania, Texas, and Utah.” 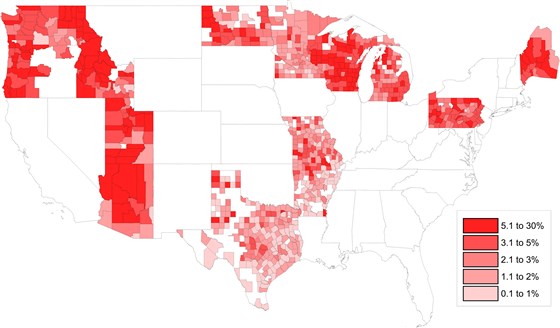 “The paper is kind of a wake-up call to really take a serious look at closing the nonmedical exemptions in the 18 states that allow them,” Hotez told NBC News.

The end game, of course, is revealed in Hotez’s final sentiment to NBC News, which is to force the vaccines if parents don’t comply.

There’s a very straightforward way to fight it and that is what they did in California. The California legislature had the courage to halt nonmedical vaccine exemptions,” he said.

Hotez is a pediatrician and dean of the National School of Tropical Medicine at the Baylor College of Medicine. Of course, such draconian sentiments on the part of the medical community and government have given rise to people looking into how to homeschool their children. There is no doubt that unsavory, parental rights violating, legislation will continue to be pushed so long as the people refuse to fight it.

But there is no doubt that the tide is turning. Mandatory vaccination has done more to increase anti-vaccination sentiment across the board than it has anything else. People are questioning vaccines more than ever, mostly due to the wild and inflated increases in the amount of “recommended vaccines” for kids (and even adults at this stage).

Be the first to comment on "Anti-Vaccine ‘Hot Spots’ On Rise, According to New Study"