Protests have consistently erupted over Italy’s mandatory vaccine state over the past several months. At the same time, Italy’s “populist government” takeover that’s eerily similar to the “Trump phenomenon” has ushered in a legion of change (better or worse, depending on your politics).

A July 10th deadline for mandatory vaccine confirmations has now been disregarded and parents need simply to submit their own confirmations that the required vaccinations are accomplished. 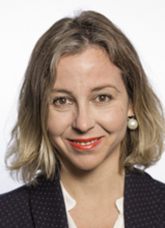 Giulia Grillo, Italy’s Health Minister, announced the change in policy at a press conference whereas she also announced her own pregnancy. She said that she would ensure that her child received the required vaccinations.

“Self-certification is not a bad thing, but there is the question of controls: who will guarantee that children at school are actually in a safe condition?” She said.

Italy’s National Health Institute said of the change that it’s “important not to compromise the goal of everyone’s good health”,  referring to immunocompromised children.

However, the honor system change may be only the beginning of a larger scale ousting of mandatory vaccine laws. Between the League and Five Star Movement, they have promised to do away with the compulsory vaccination law. Health Minister and physician Giulia Grillo asserts that vaccines are good for society however, mandatory vaccines are government overreach.

As it stands, children need 10 vaccines prior to enrolling in kindergarten.

One thing is for certain, Italy, much like the United States, is changing at a rapid pace.