“See You On the Other Side”

Before I outline how Astroworld could have been used to incite a human sacrifice ritual, consider a few odd details that no one else reported. 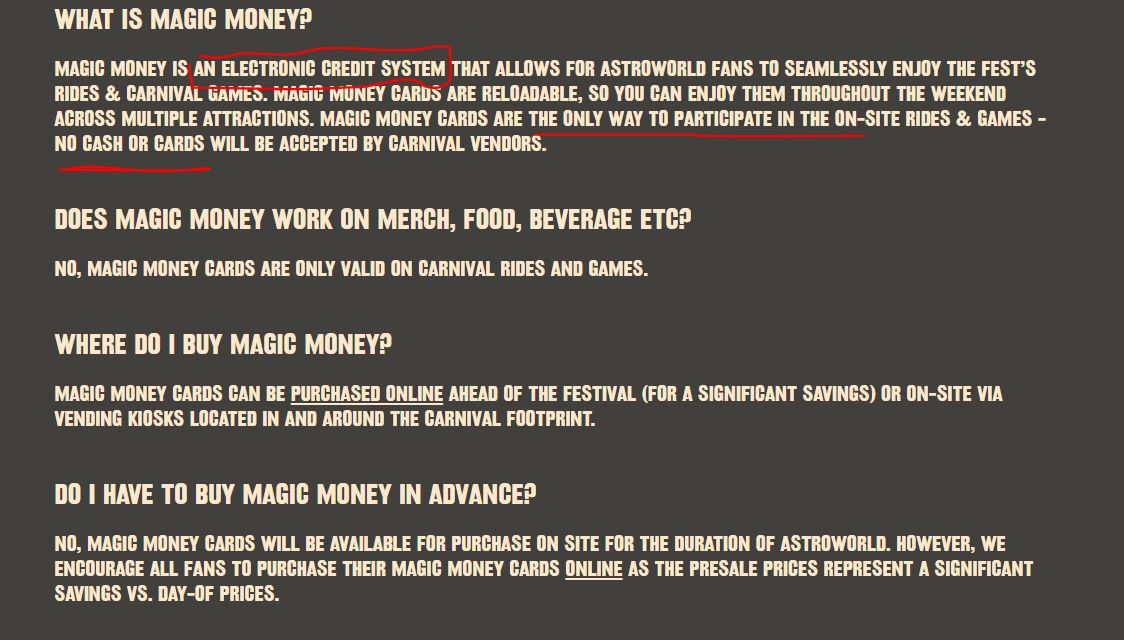 First off, this event featured ‘magic money.’ No cash or cards were allowed – the only way to participate in the event was via “an electronic credit system.”

This is interesting, given the social credit system we know is coming.

Meanwhile, the FAQ also emphatically stated that no vitamins or supplements of any kind were permitted. No vitamin C, but you could bring prescribed ‘controlled substances’?

Huh? Have you EVER heard of such a restriction?

Devilish details aside, let’s further examine how graphene oxide will play a role in bridging the brain with bots. If you think this is impossible, read this article from DARPA titled Bridging the Bio-Electronic Divide: “A new DARPA program aims to develop an implantable neural interface able to provide unprecedented signal resolution and data-transfer bandwidth between the human brain and the digital world.”

Graphene oxide will arguably be able to decode brain signals into medical solutions that can interact with electronic devices.

By the way, in 2007, there was a Japanese anime based in the future. It was called Vexville (Vaxville), and as an interesting coincidence, 2007 is also the year that Lieber got many of his creations patented. Here is a quote from the move, Vexville:

“It’s 2077, the disease was created by Daiwa and the “vaccine” was used as an excuse for Daiwa (DARPA) to begin testing experimental nanotechnology … essentially turning us into machines from the inside out.”

In 2008, one year after Lieber filed several of his nano-related patents, an article entitled New Way to Kill Viruses: Shake Them to Death was published. The article reads, “All objects have resonant frequencies at which they naturally oscillate. Pluck a guitar string and it will vibrate at a resonant frequency…but resonating can get out of control.” 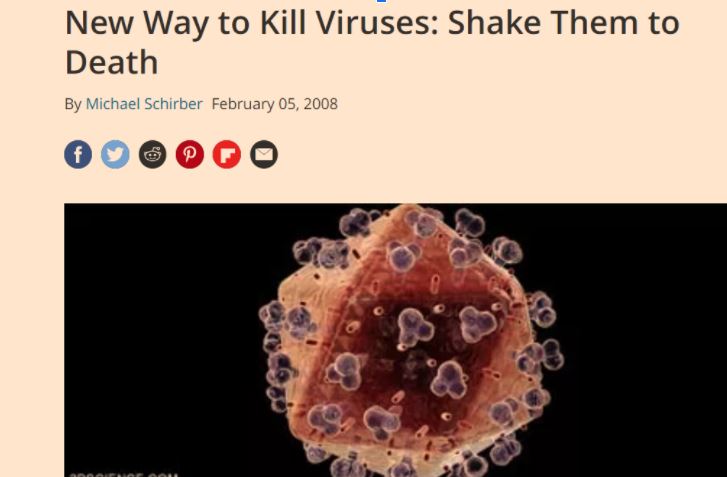 Pluck a human, made of electricity and water, and what do you get? Have we passed a point of no RETURN?

Many Astroworld attendees, reported a low hum. There were also times where Travis Scott sounded more like he was engaging in satanic chanting than high vibrational singing.

Here is a study on the frequency-responsive cooperativity of graphene oxide complexes under a low electric field. Consider also “Teslaphoresis” which involves the interaction of electricity and graphene oxide to produce self-assembling circuits.

Researchers in the fields of nanotechnology and acoustics have been studying how to control graphene at a distance by using sound waves. In fact, there was a November 2021 paper in Nature that explored the effects of sound waves on graphene. Imagine being an Astroworld concert attendee standing next to the loudspeakers, freshly boostered with the jab. Speakers propagate soundwaves. 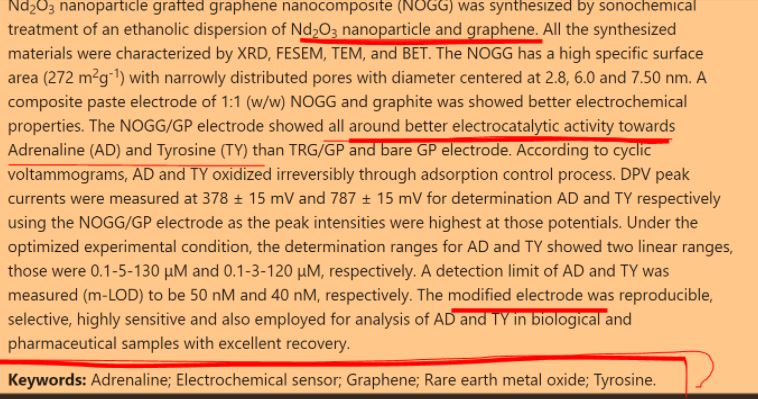 Adrenaline is the “fight or flight” hormone that is released into the bloodstream when the body is in a stressful or emergency situation. Adrenaline increases heart rate, blood pressure, and energy source.

They love their adrenaline, I thought to myself. Given all the jabbed athletes collapsing on the field, could it possibly be that adrenaline also communicates with graphene oxide?

I couldn’t believe what I found. An NIH study illustrated that graphene oxide nanoparticles showed “excellent selective sensing ability towards adrenaline and tyrosine.”

An Attack On The Heart 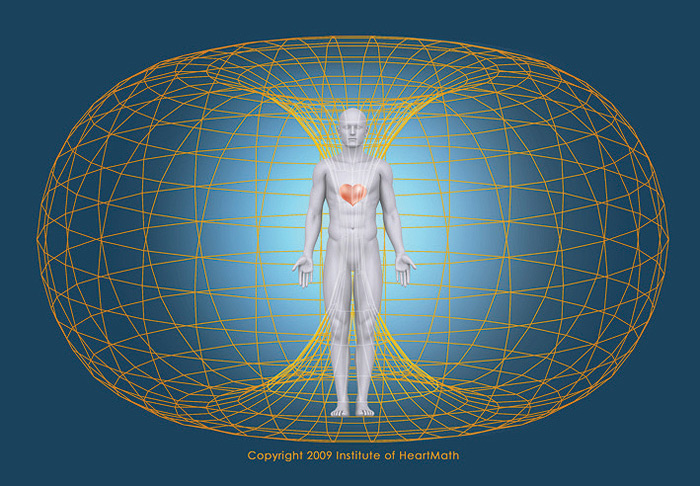 Did you know that the resonance field of the heart outweighs that of the brain by 100 times and can be detected up to three feet away from the body in all directions? In fact, the heart is the “most powerful source of electromagnetic energy in the human body, producing the largest rhythmic electromagnetic field of any of the body’s organs.”

Additionally, the magnetic fields produced by the heart are involved in energetic cross-talk, which is referred to as “cardio-electromagnetic communication.” The magnetic signals generated by the heart have the capacity to affect individuals around us.

I think it’s fair to say that there is a literal attack on our hearts – energetically, and physically. By targeting our hearts, the body’s energetic flow is disconnected, stripping us of our humanity. We’re stuck in our heads, disembodied under perpetual lockdowns, primed for a metaverse a la Ready Player One. Meanwhile, we operate in fight or flight mode, scared and traumatized, entertaining lower-level base needs, unable to ever reach the highest levels of self-actualization because we are being poisoned and dumbed down.

As far as the toxin graphene oxide, several others have independently concluded that it is at the heart of what happened at Astroworld. Unless you received a saline shot placebo, all those who have been jabbed have also been graphenated.

“Since graphene oxide is naturally broken down and detoxed by the liver, we can count on Big Pharma to keep boosting us again and again,” says Sterling Hill, a genetic applications engineer and co-author of a book on epigenetics.

Dr. Edward Group of Global Healing says, “I do not think most people’s liver will be able to break down the graphene oxide, as most people’s livers are only functioning about 15-20%.” He suggests using Supercharged C60 a rich-source of electrons and acts as a fire extinguisher to inflammation and simultaneously (because it bio-distributes throughout the body) drives a normalization of electron flow throughout the body.

For a deeper dive on graphene oxide (GO):

Maryam Henein is an investigative journalist, and founder, and editor-in-chief of the health magazine and marketplace HoneyColony. She is also a functional medicine consultant and the director of the award-winning documentary film Vanishing of the Bees, narrated by Elliot Page. Follow her on Gab: @ladybee. Email her: maryam @ honeycolony.com.