A 21-year old man has died from what doctor’s in Pittsburgh are classifying as another flu death. Kyler Baughman’s relatives claim that the young man, who was in peak physical shape, was very healthy prior to his sudden and untimely death.

The University of Pittsburgh Medical Center is reporting Baughman’s death as a result of influenza, according to WXPI.

“He was into physical fitness,” Beverly Baughman told WXPI. “He was going to school to be a personal trainer.”

Baughman began to feel sick after work when he developed a mild cough.

“He kinda just laid down and went about his day, and that was the day he was coughing and said his chest hurt,” said his fiancée, Olivia Marcanio.

Within two days, things went south as his symptoms progressed intensely. He ended up being airlifted to University of Pittsburgh Medical Center. His official cause of death was organ failure due to septic shock from the flu.

The diagnosis hasn’t sat well with many people on social media who say that the reported facts simply do not add up. Baughman was perfectly healthy, according to his family, yet a flu was able to send him into organ failure? It almost feels as if some essential details have been left out of the equation. 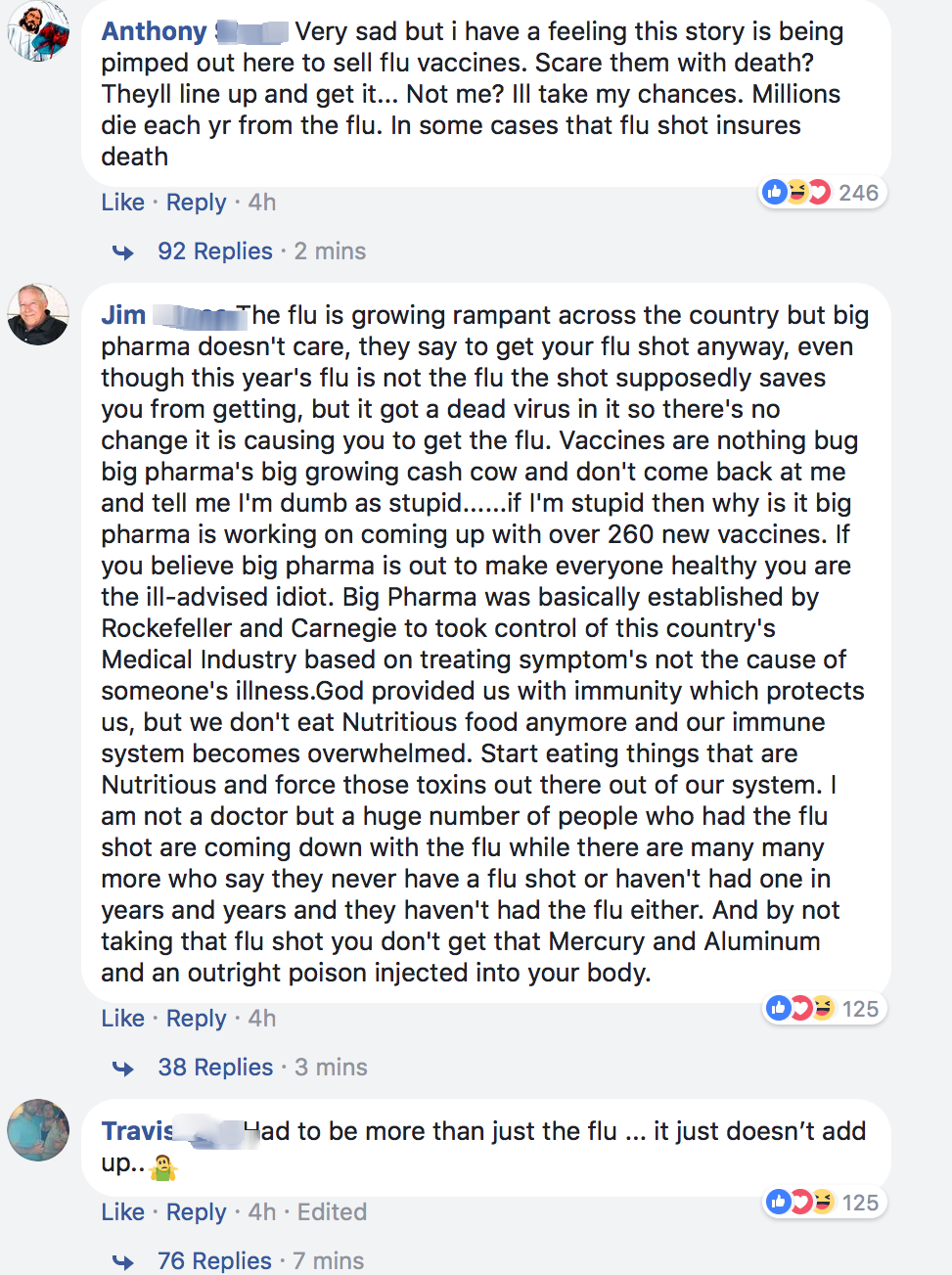