“Some states are engaging in such wide exemptions that they’re creating the opportunity for outbreaks on a scale that is going to have national implications,” FDA Commissioner Dr. Scott Gottlieb said Tuesday in an interview with CNN.

If “certain states continue down the path that they’re on, I think they’re going to force the hand of the federal health agencies,” he continued. 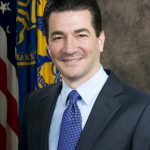 Parental rights allow parents to opt out of vaccines in most states, but the surge in media coverage over measles is laying the groundwork for a major overhaul in those rights. And parents need to begin taking this threat seriously. Under the Trump administration, many parents feel a little safer than had Hillary Clinton won the election. However, the constant media coverage is likely breaking down any semblance of protected parental rights in concern with medicine.

“This is fantastic news,” said Dr. Adam Ratner, director of the Division of Pediatric Infectious Diseases at Hassenfeld Children’s Hospital at NYU Langone. “I think some of the states may need that kind of push.”

However, there are powerful critics to the suggestion of a demise in parental rights. Republican Texas state representative Bill Zedler calls Gottlieb’s statements a “horrible idea.”

“That’s why we have different laws in every state: so the citizens of that state can decide how they want to run things,” he added.

“Traditionally, school entry requirements have been the role of the states, so there might be a constitutional challenge if the federal government tried to mandate by law those school requirements,” he said.

Pan is correct, and Gottlieb’s statement not only set a poor precedent for medical, parental rights, but for the rights of states. This is cautious territory for all of us. Parents deserve the right to decide; no government or entity should be able to take that away.