Merck pharmaceuticals, the maker of the controversial HPV / Gardasil vaccine which targets teens, remains embroiled in a comment bloodbath on their Youtube page where they posted their parent shaming commercial 9 months ago. The commercial essentially blames and shames parents regarding the issue of giving their teenage children the vaccination.

For many parents, the commercial was offensive, for others, they considered it laughable. Some people in the comments even went so far as to say they contracted HPV even after taking the vaccine. In what is either bravery on the part of Merck, or a general lack of Internet awareness, the comments remain turned on which has led to Internet savages taking it to them as recent as this month. 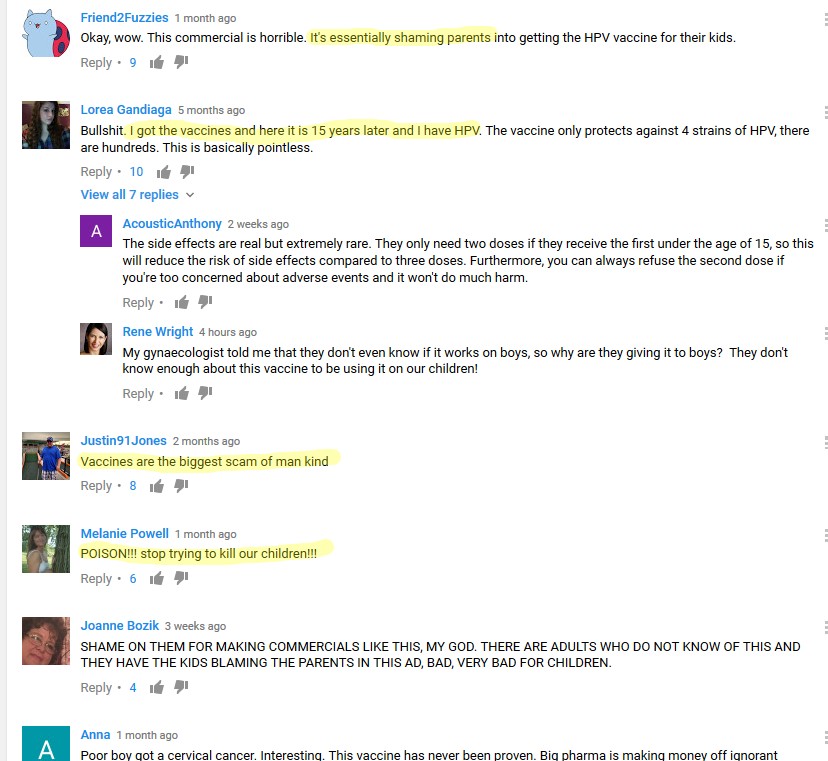 For many, the ad is an oversimplification of an issue they consider to be much broader in scope. The HPV vaccine has been scrutinized for alleged side-effects in teens. Merck has, in essence, ignored all accusations with this advertisement which portrays parents as being perpetrators of cervical cancer. The comments show that parents are revolting in a public setting, which isn’t always the normal when it comes to vaccine controversies.